There is nothing better than a delicious moist red velvet cupcake. I think it has something to do with the combination of the soft sweet cake with the tangy cream cheese icing…whatever it is…it is delicious!

A close friend of mine, Roelof, is a red velvet connoisseur, so when asked what cake he would like me to bake for his birthday…he obviously chose a red velvet cake.  Having never made red velvet, I decided I best do a test run and make some red velvet cupcakes. They turned out incredibly well and were delicious. I sent him a tester and he gave me the thumbs up so I am taking that a compliment and running with making him a cake.

Below is a fantastic recipe for red velvet cupcakes that I took from The Hummingbird Bakery’s cookbook – Cake Days (which is fabulous and worth purchasing). I have changed it ever so slightly.

To make a cake

If you double the recipe it will make a two or four layer 8in/20cm cake. The number of layers will depend on how wide you make them. I made two layers and cut them in half with a cake slicer. Unfortunately there will be no blog post on the cake, as I didn’t really get any photos. Maybe one day I will re-make it. However, if you want to make a cake, you can contact me and I will assist where I can 🙂 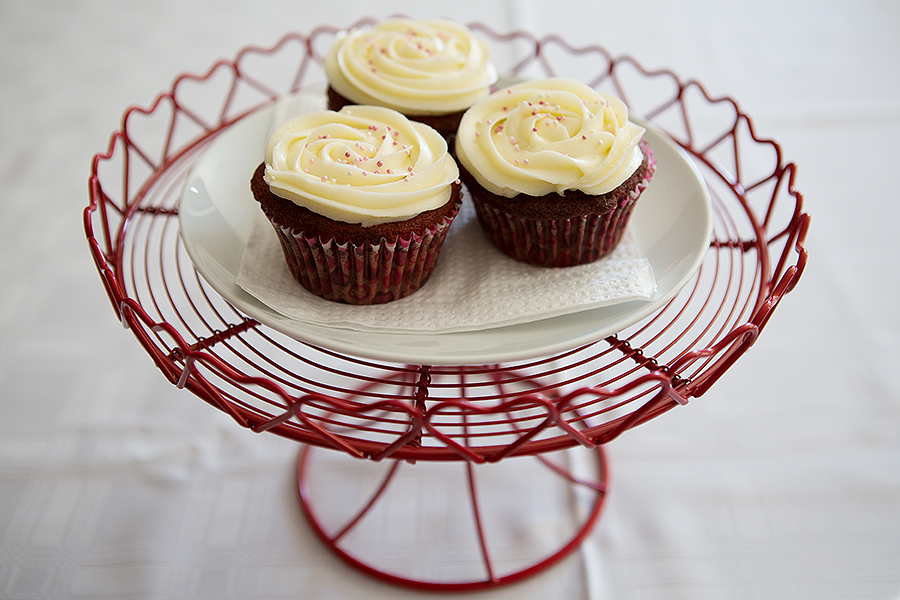 For the cupcakes
For the icing 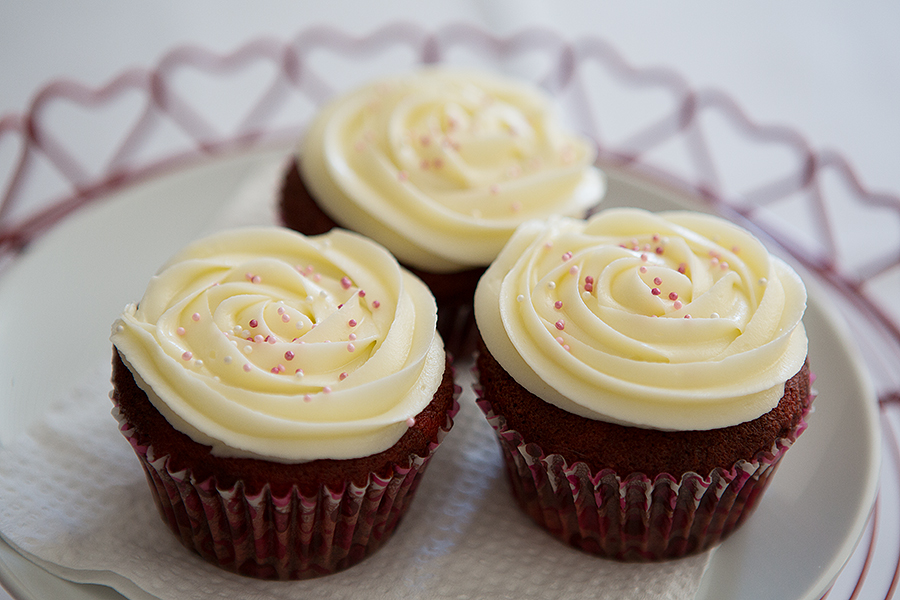 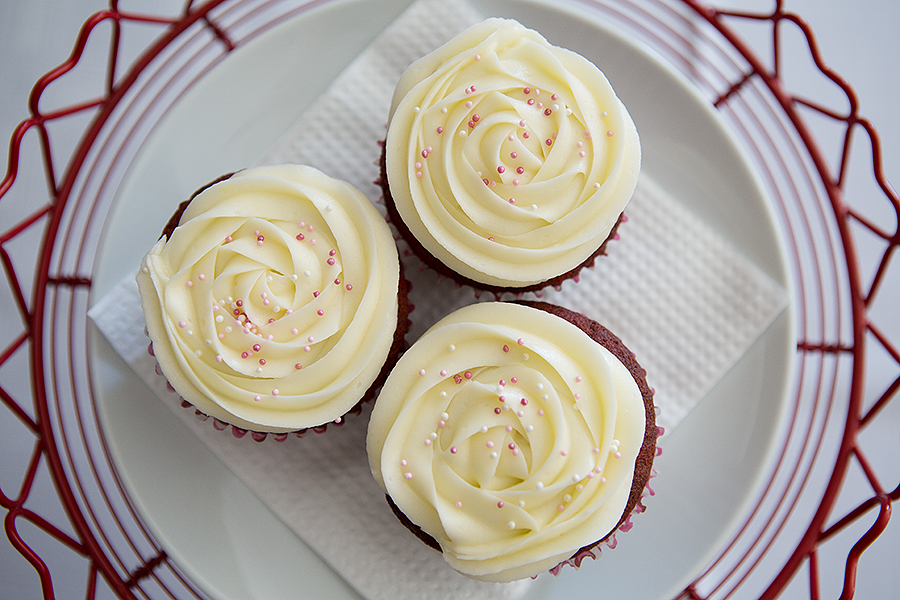