As I love to bake (actually obsessed) and recently received a copy of the Hummingbird ‘Cake Days’ cookbook, I decided to make something I have heard a lot about but had never tried – whoopie pies. Whoopie pies are an American sweet treat, that are part cookie and part cake…sounds heavenly doesn’t it! On Wikipedia, it says they are also referred to as BFO, which stands for Big Fat Oreo…I thought it to be quite a funny name.

I adapted a recipe from taste.com.au to make chocolate whoopie pies and decided to fill them with Hummingbird Bakery’s recipe for Marshmallow Fluff icing.

If you have never heard of or tasted Marshmallow Fluff, then you really need to get some. It is delicious – melted marshmallow in a bottle…yum! However, it is not readily available in supermarkets in South Africa. And, if you do find it, it is expensive, as it is imported from the USA. I have found it at my local Douglasdale Pick n Pay and Cosmic Candy in Montecasino. After a quick Google search, I see you can also order it from Yuppiechef.

If you cannot find any, there isn’t a substitute that I know of.

The last tip is, whoopie pies do not last, so it is best to bake and eat on the same day. The day after I had baked them, I sent the left overs to my husband’s office and they had already gone soft. They were more like normal cake and didn’t have that nice crisp crunch any more…which was quite disappointing. Having said that, they still tasted delicious! 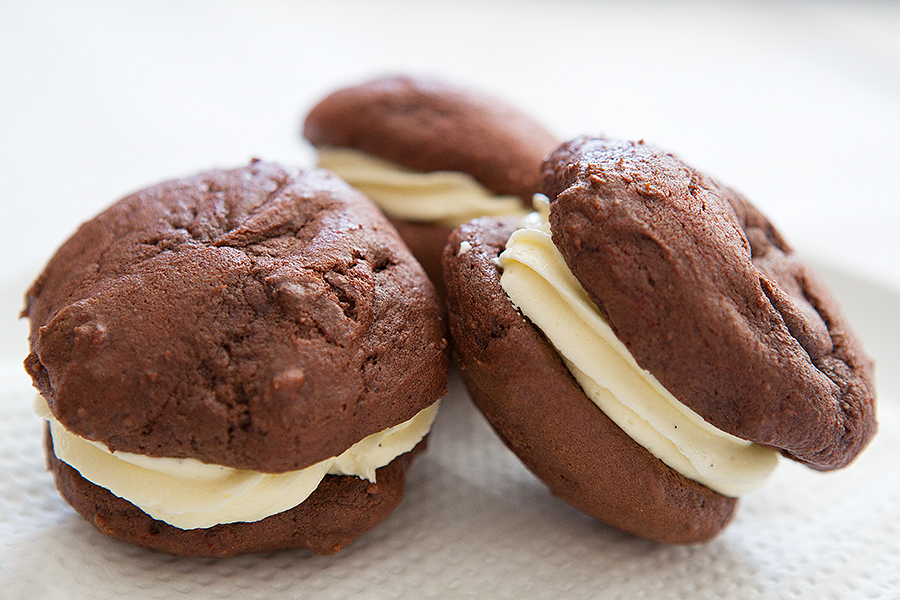 For the whoopie pies
For the filling