It was my husband’s birthday on Monday, so I decided to arrange a surprise birthday Sunday lunch for him with a small selection of our friends. What would a surprise birthday be without an awesome birthday cake! As nothing is ever too big or too adventurous for my friends and I…we went ‘balls to the wall’ and made a dragon cake out of cupcakes. I can now say…wow it looks better than any of us could have imagined and we are super proud of our fire breathing dragon cupcake cake!

It was a lot of fun but I don’t think any of us want to use or make red icing again! The Red Red (yes its real name) gel colouring we used just wouldn’t turn the icing red, it started out as a salmon pink and then went to a red orange colour…only after an entire bottle of gel colouring and stained fingers, bowls and piping bags – did we come right with the colour. Thank goodness!

A big thank you has to be said to Angelique (@AngeHeyns) for letting us use and abuse her kitchen facilities as well as finding the best chocolate cake recipe ever (find recipe here) & Candy (CandyEfstathiou) for icing these beauties and of course for the awesome dragon teeth!

Below is the template we found online and used to set out our dragon (we adapted and changed it slightly – just needed an idea of what the layout should be). 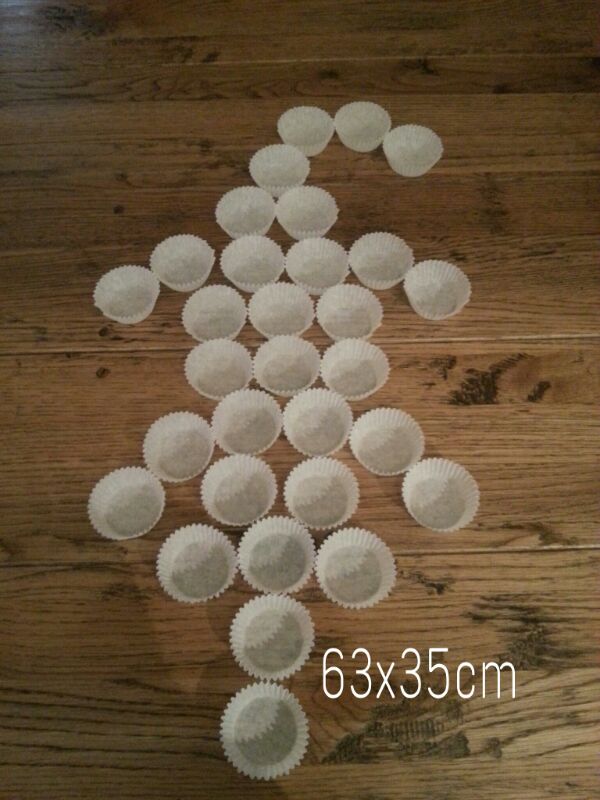 Once we made the cupcakes, we glued them into place with a paste made of some icing sugar and water. We then started icing (sorry for the poor quality images – it was after 19h00 when we got to this stage). Most of the final touches…such as the eyes were done the following morning by Angelique. 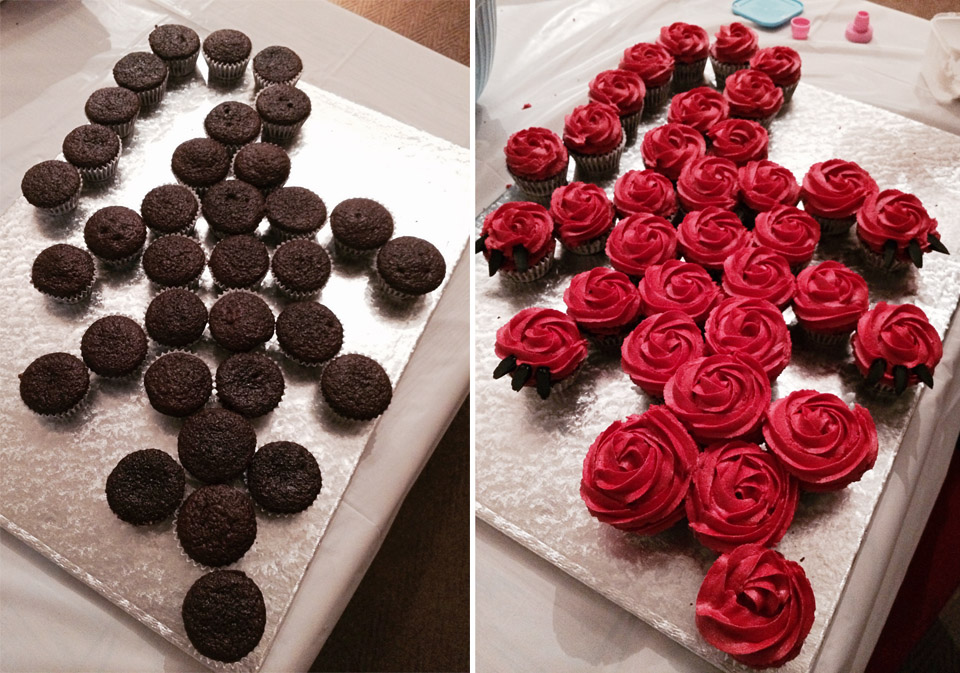 Making of the Dragon Cupcake Cake

The final cake…and Garith loved it! 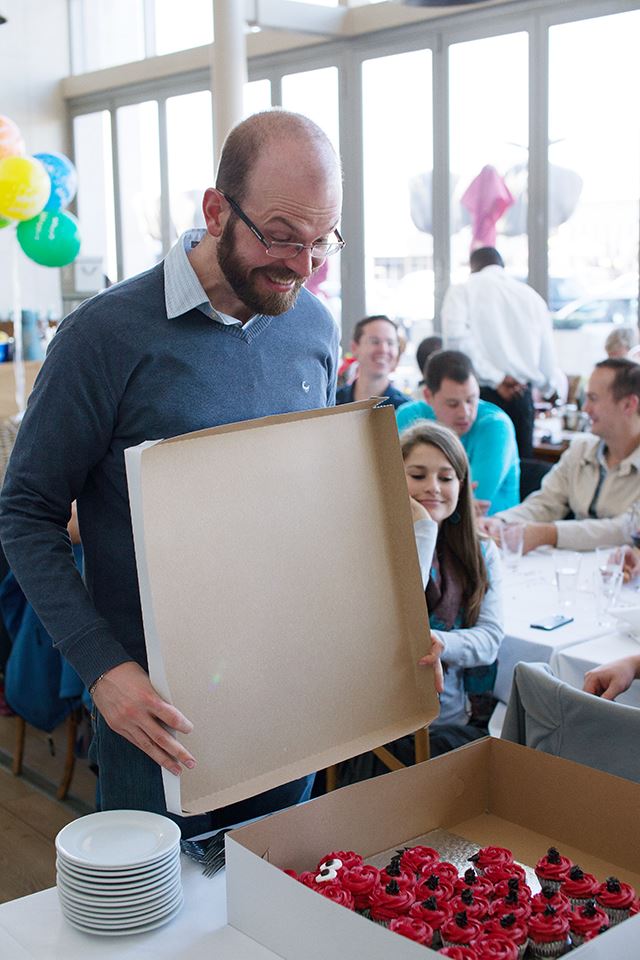 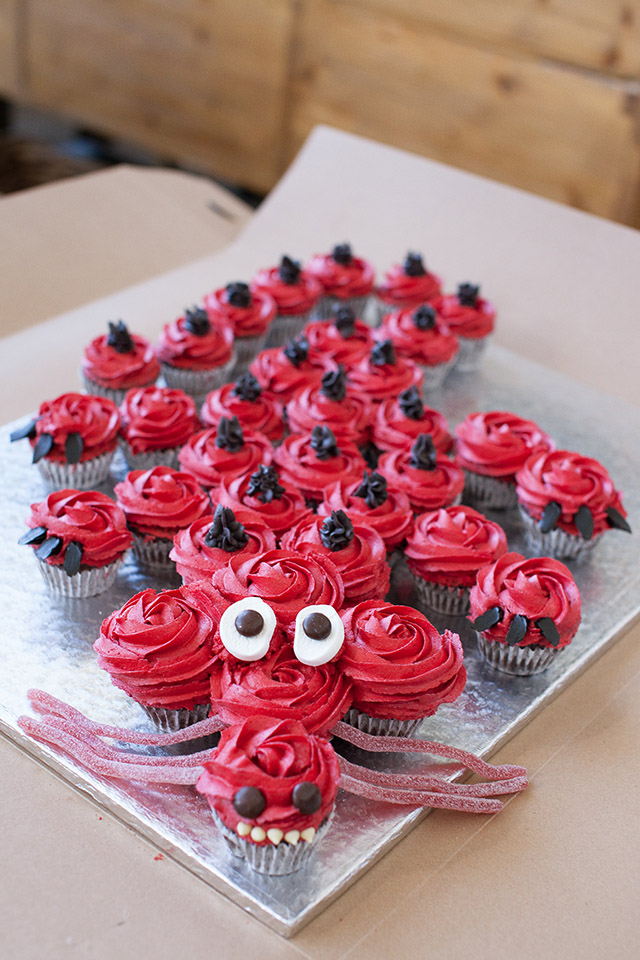 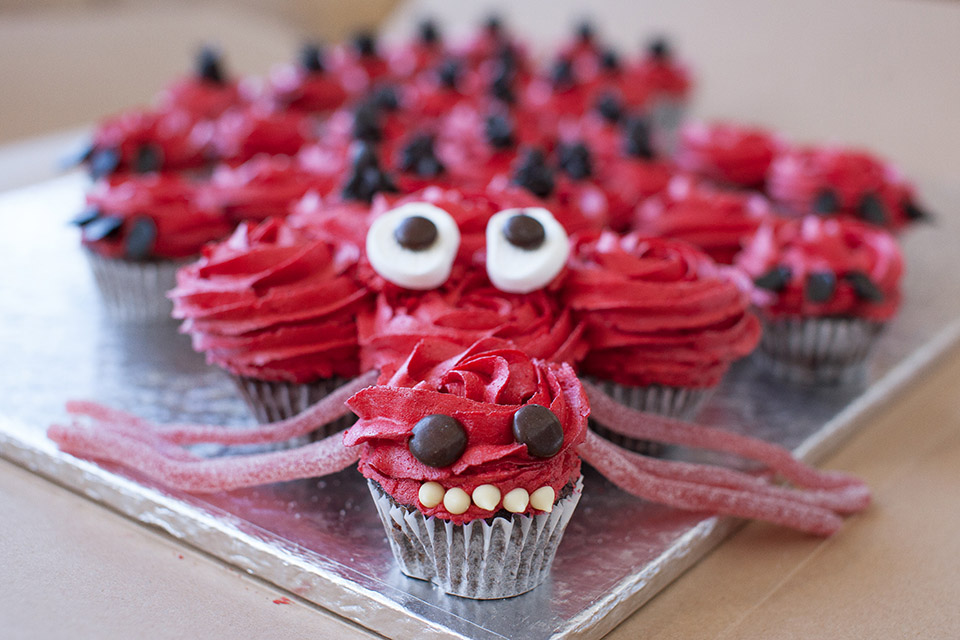